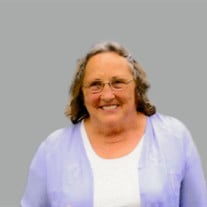 Barbara Jean (Bennett, White) Best a devoted wife, mother and grandmother, died Wednesday, March 25, 2020 at her residence. Barbara was born December 27, 1941 the daughter of William Randolph and Adeline Marie (Smith) White. Her parents who raised her from infancy were Sherman Alger and Dora Louilla Bennett. She grew up in East Lansing, Michigan. She attended East Lansing High School and Eastern High School, graduating from Eastern in 1960. On September 10, 1960 she married the love of her life William Daniel Best and started their family together. The Army life found Barbara and William moving all over the United States. Barbara worked for the National Guard in Lansing, The USPFO in Corpus Christi, Texas, CAEOC in Lansing, Kenrich Construction, Moore Printing in Lansing, K-Mart and the State of Michigan, she retired with over 29 years from the State Police in the Bureau/Division of State Services Commission on Law Enforcement. During the school years with her children she enjoyed watching their school activities. Barbara in addition to raising 5 children helped run her family’s 125-acre farm while maintaining full time employment outside of the farm. She enjoyed her children and watching the grandchildren grow up. Later in life Barbara enjoyed a nice evening playing cards with friends, playing bingo and visiting the casino. She also competed in fishing tournaments with her husband. A Friday night favorite of Barbs was having raw ribeye with Rod and Titan. She had a variety of enjoyments, including: hunting, collecting, crafting, and reading. Barbara is survived by her children, Diane Marie, Gregory “Greg” Allen, Richard “Richie” Irving, Cynthia “Cindy” Elaine Best, and Rodney “Rod” William Best; grandchildren, Michelle Darling, Gregory Babb, Mindee Best, Richard Best-Bartlett, Christopher Best, and Jeffery Hillard; great-grandchildren, Aubrie and Allie Babb, and Nicholas and Corliss Austin. She was preceded in death by both of her parents, biological parents, son, Richard Best and her husband of 52 plus years William “Dan” Best. Friends are encouraged to support Barbara's family through calls, letters, and through Barbara's Tribute Page at www.PrayFuneral.com. A private family graveside service for Barbara will take place at Gunnisonville Cemetery at 11:00 AM. Family and friends who can not attend are invited to watch the graveside services via webcast. The webcast may be viewed through Barbara's Tribute Page on Pray Funeral Home's website at www.PrayFuneral.com The family is in the care of Pray Funeral Home, Charlotte.

The family of Barbara Jean Best created this Life Tributes page to make it easy to share your memories.

Send flowers to the Best family.