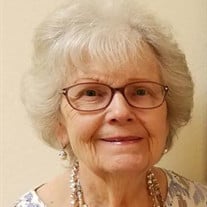 Make a joyful noise unto the LORD, all ye lands! Serve the LORD with gladness: come before his presence with singing. Know ye that the LORD he is God: it is he that hath made us, and not we ourselves; we are his people, and the sheep of his pasture. Enter into his gates with thanksgiving, and into his courts with praise: be thankful unto him, and bless his name. For the LORD is good, his mercy is everlasting and his truth endureth to all generations. * * * * * * The heavens rang with songs of joy on the first day of the New Year 2021. Mary Catherine Satre Ensign was welcomed home by her Lord and Savior, Jesus Christ! She joins her beloved husband, James Robert Ensign, who preceded her in everlasting life in February 2018. Mary lived her life praising her Lord. She was a talented musician, an organist in the Lutheran church, a director of church choirs, and piano and organ teacher for over 25 years. Mary is survived by four daughters in Michigan: Elizabeth (Barry) Latoszewski of Vermontville, Mary Copping of Pinckney, Sarah (Tom) Gruber of Rockford, Laura (Brad) Beyer of Gaylord; and her son Paul (Terry) Ensign of Blanco, Texas; along with many grandchildren, great-grandchildren, a great-great granddaughter, nieces and nephews. She is also survived by her younger brother, Rev. Carl H. (Joyce) Satre of Fort Wayne, Indiana, and sister-in-law Katherine (Mrs. Earl S.) Ensign of Toledo, OH. She was predeceased by her parents, Rev. William Carl Satre and Mary Elizabeth Hersch Satre, her step-mother Dorothy Drewes Satre, and her brother-in-law Earl S. Ensign, Jr. Mary was born May 29, 1930 in Polo, Illinois, to Carl and Elizabeth Satre. Mary's early years were spent in Lena, Illinois, where her father was pastor of Amity Lutheran Church. She began studying piano at the age of four. The family later moved to Toledo, Ohio where she continued her music studies. She was just 16 when she began playing the organ in church. She graduated from DeVilbiss High School, Toledo, in 1948. It was in church where she met her future husband, James Robert Ensign, and they were married April 14, 1950. Her husband Bob also became a Lutheran pastor. They were married for 68 years, until his death in 2018. Mary lived her faith, and loved serving others. She was a kind, giving woman who was an excellent cook and baker, loved to sail and fish with her husband, had a keen sense of humor and was a devoted MSU Spartans fan. Raised a pastor's daughter, she took naturally to the role of pastor's wife. She served full-time as church organist at All Saints Lutheran Church in Worthington, Ohio, and for many years at Christ Lutheran Church and Grace Lutheran Church in Monroe, Michigan. In her retirement years she played the organ part-time at Bethel Lutheran Church in Cedarville, Michigan and First Lutheran Church in Charlotte, Michigan. She began teaching piano while in Monroe, and after retirement taught for over 10 years in Cedarville. Many of her students rode the school bus directly to her home for after-school lessons. Knowing they would be hungry, Mary always had a tray of homemade cookies waiting for them. Mary became a resident of Eaton County Health and Rehabilitation Services in Charlotte in 2017. The family wishes to thank the staff at ECHRS for their compassionate care. A private Celebration of Life was held for immediate family on January 7 at First Lutheran Church of Charlotte. The Rev. Jim Eggert officiated, assisted by Rev. Mark Gawura, and Rev. Matthew Berndt, Mary's grandson-in-law. A video recording of the service is provided on her Tribute page. Interment was at Hillside Cemetery in Kalamo, Michigan. For those who wish, memorial gifts may be directed to First Lutheran Church, 550 E. Shepherd Street, Charlotte, MI 48813. Friends and family are encouraged to share memories of Mary on her Tribute Page. The family is in the care of Pray Funeral Home, Charlotte. We rejoice in Mary's triumph over death, and say with the Apostle Paul: "Thanks Be to God through our Lord Jesus Christ who gives us the victory!"

Make a joyful noise unto the LORD, all ye lands! Serve the LORD with gladness: come before his presence with singing. Know ye that the LORD he is God: it is he that hath made us, and not we ourselves; we are his people, and the sheep of his... View Obituary & Service Information

The family of Mary Catherine Satre Ensign created this Life Tributes page to make it easy to share your memories.

Make a joyful noise unto the LORD, all ye lands! Serve the LORD...

Send flowers to the Ensign family.