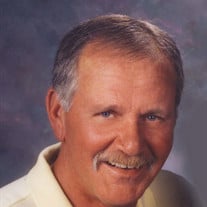 Michael John Cooper, 70 of Charlotte, a devoted family man and 25-year veteran of the Eaton County Sheriff Office, died January 24, 2021 at home with his beloved family by his side. Born on October 21, 1950 in Lansing to Clarence and Arlene (French) Cooper, Mike grew up as the only boy in a family with two sisters, and learned quickly how to protect and care for those he loved. Mike served his country in Vietnam from 1968-1970 in the 101st Airborne. When he returned, he married the love of his life, Penny Deverman, in 1970. Together they raised their daughters, Shannon and Tonya, and enjoyed as much time with family as possible, including time with grandchildren and great-grandchildren as their family grew up. His family meant everything to Mike, they were his true love and passion in life. Traveling west during winter months, Mike enjoyed riding his Razor with the Desert Creek riding group in Bullhead City, AZ. He also loved going to hunting camp the "Hale Creek Club" with his best friends. Mike worked for 25 years at the Eaton County Sheriff's Office, retiring as a detective and the first K-9 dog handler in Eaton County with his partner, Zeb. Mike is survived by his wife of 50 years, Penny; daughters, Shannon Jungel and Tonya Cooper; grandchildren, Michael Cooper, Taylor Jungel, Hailey Jungel, Nicholas Jungel, and Jordan Stralnic; great-grandchildren, Hope Cooper, Daisy Cooper, Brantley Cooper, Miles Jungel, and Ella Smithers; sister, Roxanne Graham; sisters-in-law, Carolyn (Larry) Masseau, and Pam (Larry) VanDorpe; brothers-in-law, Paul Kays and Dave (Ellen) Deverman,; and several nieces and nephews. He was preceded in death by his parents; his mother and father-in-law, Rose and David Deverman; sister, Nancy Kays; and brother-in-law, Kenneth Graham; and grandson, Austin Cooper. Friends are encouraged to support Mike's family at visitation, funeral services, and by visiting his tribute page to share memories at www.PrayFuneral.com. Funeral services are Thursday, January 28, 3:00 PM at the Charlotte Assembly of God with Pastor Jack Brown officiating. Visitation is prior to the service, from 12 to 3:00 PM at the Assembly of God. If desired, the family suggests memorial contributions to Disabled American Veterans (dav.org/donate). The family is in the care of Pray Funeral Home, Charlotte.

Michael John Cooper, 70 of Charlotte, a devoted family man and 25-year veteran of the Eaton County Sheriff Office, died January 24, 2021 at home with his beloved family by his side. Born on October 21, 1950 in Lansing to Clarence and Arlene... View Obituary & Service Information

The family of Michael John Cooper created this Life Tributes page to make it easy to share your memories.

Michael John Cooper, 70 of Charlotte, a devoted family man and...

Send flowers to the Cooper family.