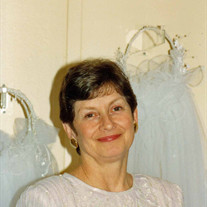 Norma Jane (Amos) Howser, First Lady of Wickwire House, died December 4, 2021. Norma, 85, of Charlotte, was born September 14, 1936 in Olean, Missouri, to Clinton and Eula (Martin) Amos. Norma's mother died shortly after her birth so she was raised by her aunt Freda Lane in Olean, Missouri. Norma completed high school in 1954 in Eldon, Missouri. She attended William Woods College in Fulton, Missouri, where she received an Associate Degree. Norma then enrolled at the University of Missouri in Columbia. She married Earl L. Howser on February 2, 1957 and transferred to Lincoln University in Jefferson City, Missouri, formerly an all-black institution until it was integrated via the Supreme Court in Brown vs. Topeka. Norma worked at Jacobsons Department store in Jackson for 18 years managing the suits, coat, and fur department. She also enjoyed volunteering; she volunteered for 15 years at the Courthouse Square and for 10 years at the Clothing Center. Norma collected birdhouses and had a collection of 95. She was a member of the Antiques Club in Charlotte for 20 years, was a fair and animal exhibitor, and part of the Princes at American Royal for 18 states. Norma is survived by her husband of 64 years, Earl; children, Christopher Lee, of Traverse City, Steven Daniel, of Jackson, and Julie Ann, of Charlotte; grandchildren, Ryan Howser, Jackson, Nathan Kimmer, Charlotte, Michael Howser, Traverse City, and Addison Kimmer, Charlotte; great-grandchildren, Zander, Avery, and Ryleigh Howser, Jackson. She was predeceased by; her parents. Friends and family are encouraged to support Norma's family by attending services or sharing memories on her tribute page at www.prayfuneral.com. Visitation is Wednesday, December 22, 2021 from noon - 2 p.m. at Pray Funeral Home. Memorial Service will be held Wednesday, December 22, 2021 at 2 p.m. at Pray Funeral Home. The funeral will be webcast so you may watch it from any computer, smartphone, or mobile device that has internet access. Go to www.prayfuneral.com, click on Norma's tribute, then click on Photos and Videos from your computer (or Media from your smart phone). Memorial contributions are suggested to Courthouse Square Association or Eaton County Humane Society. The family is in the care of Pray Funeral Home.

The family of Norma Jane Howser created this Life Tributes page to make it easy to share your memories.

Send flowers to the Howser family.