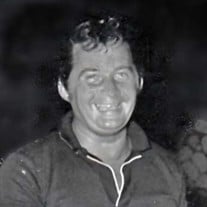 Philip George "Mr. America" Cocquyt, a loving father, grandfather, and life of the party, died Saturday, June 20, 2020 in Charlotte. Phil, 85, of Charlotte, formerly of Detroit, was born January 11, 1935 in Detroit, the son of Philip George and Mildred Lillian (Bassenberry) Cocquyt. He graduated from Denby High School in Detroit before proudly serving in the U.S. Navy in Hawaii at the close of the Korean Conflict. Upon his return, he went to work as a die-setter for Farrell's Tool and Die in Detroit. Phil was a long-time member of the Eagle Club and loved LOUD music, especially Frank Sinatra. He was an avid sun-worshiper, enjoying time in the outdoors and traveling with his wife. Phil could often be found relaxing in his garage with a rum and coke, always looking for an opportunity to enjoy the spirits of those around him. Many of his nieces and nephews lovingly called him Uncle Elvis, for his burst of loud singing - "in concert" as he called it. He was a body-builder, hence "Mr. America," and he was proud to be an organ donor. Above all, Phil will be remembered for his fun-loving spirit and his deep love of his family. He is survived by his three daughters, Kim (Rick) Rupinski of Clinton Twp., Laura (Richard) Morrison of St. Clair Shores, and Connie (Steve) Cousineau of Charlotte; 5 grandchildren, Richard Rupinski, Roberta Rupinski, Richard Morrison, Holly Palmer, and Ashley Morrison; 2 great-grandchildren, Sylvester and Jax; brother, Robert (Alice) Cocquyt; sister, Joan (Joe) Glaza; and several nieces and nephews; and life-long friend, Peter J. Koppy of Charlotte. He was predeceased by his loving wife, Roberta Cocquyt. A family gathering and memorial will take place at a later date. If desired, the family suggests memorial contributions to Pawsibilities Rescue in Olivet. Friends and family are encouraged to share memories of Phil on his Tribute Page at www.PrayFuneral.com. The family is in the care of Pray Funeral Home, Charlotte.

The family of Philip George Cocquyt created this Life Tributes page to make it easy to share your memories.

Send flowers to the Cocquyt family.