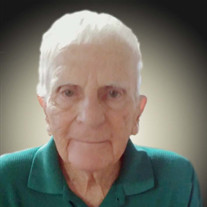 Ralph James Moore 92, departed this world peacefully at his home in Charlotte, Michigan on March 14, 2022. He was preceded in death by his wife, Dorothy (Swift); and his daughter, Deborah. He leaves behind 4 daughters, Diane Dixon (Dale), Doreen Moore, Dawn Moore, Darlene Moore (Georgia); 4 grandchildren, Tina, Terence, Danielle and Amy, as well as several great-grandchildren, step grandchildren and great-great grandchildren. Ralph was born July 20, 1929 in Harrisville, Michigan. He graduated from Harrisville High School in 1947. Ralph joined the Merchant Marines in March of 1948, followed by a year in United States Army. He worked for Diamond Reo in Lansing, Michigan from April 1950 until he left in May of 1975. By January of 1976 Ralph was working for the newly formed Spartan Motors until he retired in June of 1992. Ralph was a man with many interests and talents. He was a builder, Ralph built every house with his own bare hands that his family lived in, 3 homes in total. There wasn't a sport he didn't like. If there was a Michigan Wolverines game or the Detroit Tigers game on, you could find him in his big La-Z-Boy watching and cheering them on. He also had a profound appreciation for the beauty of wildlife and nature, which he was surrounded by and enjoyed every day on his 40 acres. He loved being outside chopping down trees, chopping up wood, mowing his lawn, anything to be outside Above all else Ralph was the definition of determination, optimism, gratitude and perseverance. His life was abundant with hard work and deep love of family. He was a gentle man with a peaceful heart, open mind and a loving soul. Ralph's family will be having a small private celebration of his life. The family is in the care of Pray Funeral Home in Charlotte, Michigan. In lieu of flowers the family is asking to make donations to Heart to Heart Hospice. The family would like to acknowledge Heart to Heart Hospice for all the loving, compassionate care they gave to our father during his final days. They are truly angels here on earth.

Ralph James Moore 92, departed this world peacefully at his home in Charlotte, Michigan on March 14, 2022. He was preceded in death by his wife, Dorothy (Swift); and his daughter, Deborah. He leaves behind 4 daughters, Diane Dixon (Dale), Doreen... View Obituary & Service Information

The family of Ralph James Moore created this Life Tributes page to make it easy to share your memories.

Ralph James Moore 92, departed this world peacefully at his home...

Send flowers to the Moore family.