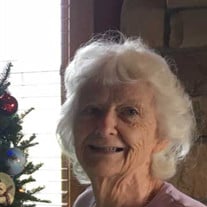 Shirley Ann Cole, a caring loving and kind wife and mother passed away at her home in Charlotte surrounded by her family on April 6, 2020. Shirley was born in Royal Oak Michigan March 7, 1936 to Antoine and Sophie (Garant) Prevost, and was raised in a large family with seven brothers and sisters. She graduated from St. Leo's Catholic High School. On May 11, 1957 she married Lawrence Cole in Detroit and shortly after they moved to Holt where Larry built their home and they raised their family. Their house was filled with love and surrounded by flowers she tended to with care. Shirley lived her life as a devoted Catholic, strong in her faith even when her health prevented her from attending church in person. While the family lived in Holt she attended Immaculate Heart of Mary Catholic Church, and after moving to Charlotte attended St. Mary's Catholic Church. Shirley worked outside the home as a bookkeeper and office manager at several different places in the Lansing area, including the Lansing Credit Bureau, Roselawn Nursing Home, and Long's of Lansing. She retired in 1992, the same year her husband Larry retired. Family was always important to Shirley, and some of her favorite times were big Sunday dinners. She always had the honors of saying the grace before dinner, at any and every family function. And speaking of dinner it was not unusual for Shirley to enjoy her favorite "sweets" or an occasional beer or glass of wine with friends and family. Shirley loved to travel as well as take walks around the neighborhood to enjoy God's creations and socialize with friends. Quieter hobbies of hers were reading, card games such as pinochle and solitaire, scrabble and many other games shared with friends and family. Crossword puzzles were even a shared project with her husband Larry. Her family remembers Shirley's many funny sayings such as "Sprawled out like Monday's wash," or "That's enough to make a minister swear." And who can forget her habit of "dating" everything as she kept her home organized and in order. Her kids were often surprised their father didn't have a date neatly written across his forehead. After their retirement Shirley and Larry spent winters in Ft. Myers Florida and summers at their cottage at Rainbow Lake in Trufant, MI. True to her ability to be helpful she served as the Treasurer for the Rainbow Lake Association for many years. For the last twenty years they have resided in Charlotte where their family built their new house on the outskirts of town. Most of all her family remember her as a loving wife, mom, mother-in-law, and Mime'. They will miss Shirley's comforting hugs which always helped no matter what the situation may be. Shirley is survived by husband of nearly 63 years, Larry; sons, Michael Cole of East Lansing and Keith Cole of Dimondale; daughter, Karen (Rick) Berry of Eaton Rapids; 2 grandchildren, Ben and Brian Berry; and 2 great-grandchildren, Cole and Camryn Berry. Friends are encouraged to support Shirley's family during this time of the shelter-at-home restrictions by sharing memories on Shirley's Tribute Page at www.PrayFuneral.com. A private Family Mass will be celebrated at a 1 PM Wednesday May 6th at St. Mary Catholic Church, Charlotte. The mass will be webcast through Shirley's Tribute Page on Pray Funeral Home's website at www.PrayFuneral.com. If desired, the family suggests memorial contributions to St. Mary's Catholic Church in Charlotte. Memorial contributions may be mailed to Pray Funeral Home at 401 W. Seminary Str. Charlotte, MI 48813 and they will be forwarded to the family. The family is in the care of Pray Funeral Home, Charlotte.

Shirley Ann Cole, a caring loving and kind wife and mother passed away at her home in Charlotte surrounded by her family on April 6, 2020. Shirley was born in Royal Oak Michigan March 7, 1936 to Antoine and Sophie (Garant) Prevost, and was... View Obituary & Service Information

The family of Shirley Ann Cole created this Life Tributes page to make it easy to share your memories.

Send flowers to the Cole family.