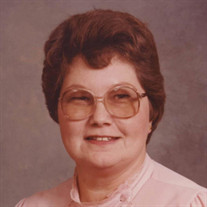 Vera McDonald, was known for her powerful ministry of presence, Vera Browne McDonald, 86, was born near Muir, MI (Ionia County) in the late 1930s. Her heritage from both parents is from Indian and Pennsylvania Dutch. She had three older siblings. In her early years the family lived in a very humble home, with no electricity, a cooking stove also served as their only source of heat in the cold winter months. Vera recalled a large window in their house and she would look out and see some hobos, nowadays referred to as homeless people, show up on their doorstep. Her mother would feed them and they would sleep on the porch and move on the next day. At the age of 10 the family moved to Portland, MI where her father operated a gas station as well as a store. Vera became his major assistant, pumping gas, working in the store and helping to keep the business records. When she was only 13, she met an older teenager named Harold McDonald who frequented the gas station to visit with her dad. Apparently he noticed her because later they did some dating. Both Vera and Harold had to leave school after the 10th grade. She began working and Harold joined the Armed Services. They kept correspondence and married during a leave. She was only 17 at the time. During her childhood, her grandmother made sure she got to the local community Church. Her grandmother also taught her a lot about life, made clothing for her and was a mainstay in her life. Vera and Harold had moved to Kirkwood, MO. for Harold’s work. Harold Jr. (Butch) was a small child at this time and Steve was also born around this time. Harold was kidnapped one evening and was robbed and beaten. Their neighbors came to the rescue and took care of the boys while Vera nursed Harold. As a result of this they were determined to strengthen their faith by finding a church. The helpful, loving neighbors invited them to the Reorganized Church of Jesus Christ of Latter Day Saints and were later baptized into the church. So began their faith journey. Moving back to Michigan later and joining the Charlotte Congregation. Both Vera and Harold continued to pursue their education completing many courses with certificates. Most interesting is they both received their high school diplomas in 1972 through attending the first Adult Education class offered in Charlotte. Harold was at the top of his class! Harold Jr. graduated from Charlotte High School the same year they received their diplomas. Vera always had a job, including Michigan Bell Telephone, Hospital Clerical, 10 years as Dr. Riley’s assistant and also an assistant for Dr. Byland’s office. Vera worked at Eaton Federal for 30 years. In addition to her regular job she and Harold owned and operated apartments in Charlotte, eventually selling and buying and operating a motel in Leslie, MI for many years. After many years it was time to retire and move back to Charlotte. They built a lovely home in Eaton Green Subdivision off M50. In retirement Vera never stopped working because her flowers and vegetables needed tending. She loved to crochet regularly making hats, mittens, blankets, scarves, baby clothes and even pillows giving these away or as donated items for fund raisers. In addition to their two sons, they have 4 grandchildren, 12 great grandchildren and 5 great-great grandchildren. Wow! Vera and Harold gave “ministry of presence”, as they were always at church services (unless illness prevented) . They also hosted a Tuesday night prayer service at their home. Vera was known for keeping a list of all in need of prayer, be it church members, friends and acquaintances and gladly sharing with others. Friends and family are encouraged to support Vera’s family by attending services or sharing memories on her tribute page at www.prayfuneral.com. Visitation is Monday December, 27th from 6-8 pm. Funeral services are Tuesday, December 28th at 2 pm at Pray Funeral Home, Charlotte, MI. The funeral will be webcast so you may watch it from any computer, smartphone, or mobile device that has internet access. Go to www.prayfuneral.com, click on Vera’s tribute, then click on Photos and Videos from your computer (or Media from your smart phone). Memorial contributions are suggested to Saints Church of Jesus Christ, 123 E. Stoddard St., Charlotte, MI 48813. The family is in the care of Pray Funeral Home.

Vera McDonald, was known for her powerful ministry of presence, Vera Browne McDonald, 86, was born near Muir, MI (Ionia County) in the late 1930s. Her heritage from both parents is from Indian and Pennsylvania Dutch. She had three older siblings.... View Obituary & Service Information

The family of Vera Leone McDonald created this Life Tributes page to make it easy to share your memories.

Vera McDonald, was known for her powerful ministry of presence,...

Send flowers to the McDonald family.