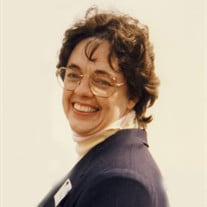 Carene Jane (Rowden) Hale, a devoted mother, grandmother, and sister, died Monday, July 16, 2018. Carene, 75, was born April 11, 1943, in Charlotte, MI to Lawrence and Catherine (Coman) Rowden. She was a Charlotte High School class of 1960 graduate and later went on to receive her Associates degree in Laboratory Technology. After going out on a blind date Carene met Melvin Hale and on November 2, 1962 the couple started their legacy together. She was very devoted to her work, she worked at Walmart in Charlotte, retiring in 2012. Carene was meant to be a mother, the world stopped when it came to her children and grandchildren. You could never leave her house hungry, she was known for her mac and cheese, homemade bread and also her hot chocolate that she would make from scratch. When Carene’s daughters were younger, she sewed their clothing. Her other hobbies included reading, antiquing, making jam, traveling around the US, and spending time with her grandchildren. Carene is survived by her loving children, Lawrence Hale, Brenda Hale-Taylor, and Tammy (Pete) Bryner; grandchildren, Charles Joseph Bryner, David Allen Bryner, Eric Scott Hale, and Chance Harley Taylor; great-grandchildren, Emma, Oliver, and Lewis; siblings, Barbara (Jerry) Griffin, Patricia (James) Thurston, and Diane (James) Reynolds. Carene was preceded in death by her husband Melvin, and her parents. Friends are encouraged to support Carene’s family at visitation and funeral services. Funeral services are Friday, July 20, 2018 at 2:00 PM at Pray Funeral Home in Charlotte with Pastor Charles Jenson officiating. Visitation is Thursday, July 19, 2018 from 2-4:00 PM and 6-8:00 PM at Pray Funeral Home. If desired, the family suggests memorial contributions to Eaton Community Palliative Care. Friends and family are encouraged to share memories of Carene on her Tribute Page at www.PrayFuneral.com. The family is in the care of Pray Funeral Home, Charlotte.

The family of Carene Jane Hale created this Life Tributes page to make it easy to share your memories.

Send flowers to the Hale family.