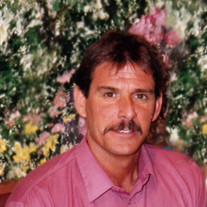 John Mario Bartolacci 68, a man who was truly passionate about sports, passed away June 16, 2021 at his home after a courageous 50-year battle with cancer. A lifelong resident of Charlotte, MI John was born in Charlotte on August 10, 1952 to Joseph and Mary (Hemingway) Bartolacci, one of eight children in a family raised to live the Golden Rule. He married Sue Bower in 1987 and they raised their sons to love sports, almost as much as John did. As an avid sports fan (Go Blue) and athlete, John participated in golf, bowling and especially loved playing softball. He was on numerous softball league championship teams, State championship teams in 1987 and 1989, National Championship team (60 and over) in 2016, and ASA National Championship team (65 and over) in 2018. John volunteered many hours helping out the Charlotte Junior Oriole football program as well as the Charlotte High varsity football team coached by Paul Davis, and never missed a game or event when his sons were playing. John was a Godly man, strong in his belief and kind, yet very stubborn. Always willing to help anyone, John was well liked, seemed to know everyone, and always found things in common with people he met. In addition to being a proud father, John also took a lot of pride in his lawn, he truly enjoyed doing yard work and keeping it looking beautiful. He also enjoyed working out at AL!VE, watching and participating in many different sports, and waxing his vehicles on Sundays at Bennett Park. John worked at Owens-Illinois in Charlotte until his retirement in 2012. John was preceded in death by his parents, Joseph and Mary Bartolacci; and sister, Ann Grier. He is survived by his wife, Sue; sons, Kevin and Ryan of Charlotte; grandson, Theo; brothers, Joseph (Diana) Bartolacci of Charlotte; James (Lou) Bartolacci of Mason; Jeff Bartolacci of Riverview, Florida; sisters, Mary Jo Palmer of West Lafayette, Indiana, Nora (Anthony) Franzini and Lisa (James) Jones of Bradenton, Florida; and many nieces and nephews. Friends are encouraged to support John's family by attending services or sharing memories on his Tribute Page at www.prayfuneral.com. Visitation is Wednesday, June 23, 2-4:00 PM and 6-8:00 PM at Pray Funeral Home in Charlotte. Funeral Mass will be celebrated Thursday, June 24, 11:00 AM at St. Mary Catholic Church in Charlotte with Rev. Fr. Dwight Ezop officiating. Mask, group capacity, and distancing guidelines will be practiced. The funeral will be webcast so you may watch it from any computer, smartphone, or mobile device that has internet access. Go to www.prayfuneral.com, click on John's tribute, then click on Photos and Videos from your computer (or Media from your smart phone). If desired, the family suggests memorial contributions to the American Cancer Society or Eaton County Humane Society. The family is in the care of Pray Funeral Home, Charlotte.

John Mario Bartolacci 68, a man who was truly passionate about sports, passed away June 16, 2021 at his home after a courageous 50-year battle with cancer. A lifelong resident of Charlotte, MI John was born in Charlotte on August 10, 1952 to... View Obituary & Service Information

The family of John Mario Bartolacci created this Life Tributes page to make it easy to share your memories.

John Mario Bartolacci 68, a man who was truly passionate about...

Send flowers to the Bartolacci family.