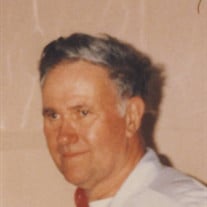 Lawrence J. Munro, 87, of Olivet, passed away on the family farm March 16, 2019 in Olivet, MI. He was born on June 27, 1931 in Lansing, MI to A. Hugh and Margaret (Fassbender) Munro. Larry attended Charlotte High School, graduating in 1948. After high school Larry pursued a career in the newspaper business. A short time later, however, he returned to the family farm. Larry joined the Navy where he served his country from 1956 to 1960 between the Korean and Vietnam wars. He served as a Radioman on the USS Toledo. That service led to Larry being stationed at the Naval Communications Station in Adak, Alaska. He finished his Naval career at the Naval facility at Pacific Beach Washington. Larry returned home again to the family farm south of Charlotte to raise cattle. At that time he also went to work for the United States Postal Service, starting as a clerk, moving up to postal carrier, and then serving as Postmaster at several post offices, including Olivet, until his retirement in 1987. In 1974 Larry married Clarinda "Cindy" Thompson. Many people will remember Larry as a quiet gentleman with a warm smile. He was a devout member of St. Mary Catholic Church in Charlotte, MI. He was one of the regular workers on church projects, most often alongside his wife Cindy as they prepared the many lunches and dinners that followed funerals and other events at the church. Above all Larry was proud of his family and his farm. Larry died in the house that he and Cindy had built on the back side of the family farm where he had resided since the 1940's. Lawrence is survived by his wife, Cindy; their two daughters, Paula Randall, and Sandra (Timothy) McCarn; three grandsons; two granddaughters; one great-grandson; and his brother, Alan (Carol) Munro. He was preceded in death by his sister, Margie Metz. The family will receive visitors Wednesday, March 20, 2019, 6-8:00 pm at Pray Funeral Home, Charlotte, MI. A Rosary service will be conducted Wednesday at 7:30 PM at the funeral home. A funeral Mass for Larry will be celebrated Thursday, March 21, 11:00 am at St. Mary Catholic Church in Charlotte with Rev. Father Dwight Ezop officiating. Burial will take place in Dowling Cemetery, Dowling Michigan. The family is in the care of Pray Funeral Home, Charlotte. Family and friends are encouraged to share remembrances and condolences online in Lawrence's Tribute Page at www.PrayFuneral.com.

The family of Lawrence Munro created this Life Tributes page to make it easy to share your memories.

Lawrence J. Munro, 87, of Olivet, passed away on the family farm...

Send flowers to the Munro family.