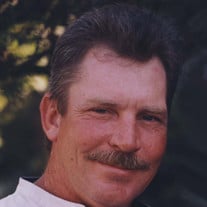 Michael McKeon, 65, of Bellevue, was a master carpenter. He was born to Joseph and Marie (Anderson) McKeon on October 28, 1956. In 1993 he married the love of his life, Lynn Granger. As a Construction Superintendent for Clark Construction he was proud of the buildings he helped construct these included; the Michigan State Police Forensic Lab, Ferris State University's Optometry Building, Sparrow Hospital and building for Kellogg's to name just a few. His years of service with the company earned him many Service Awards. As a craftsman and woodworker he creative numerous items and furniture pieces. One example of his talent was spotting trees that had knots and other interesting features that he carved into exquisite lamps. His friends will remember him as a bold character who spoke his mind and said what he thought. A lover of pulling practical jokes on others he however didn't take kindly to the jokes coming back to him. Michael, who would do anything for others, often considered his close friends to be more like brothers. Among his quiet hobbies were mushrooming, hunting and fishing in northern Michigan with family and friends. Michael is survived by his wife, Lynn Granger; children, Nicole Lira, Jennifer McKeon; brother, Harvey (Tami) Bates; sister, Nancy (Ron) Feher; brother-in-law, Bill Dixon, sister-in-law's, Sue (Gerry Osborn) Granger, Charlene (Greg) Sleight; step-sister's and brother's, Laura Granger, Julie O'Donnell, Catherine Granger-Daly, Edward Granger and James Granger and mother-in-law, Doloris Groh and numerous grandchildren, great-grandchildren, nieces and nephews. He was predeceased in death by his parents, his son Michael McKeon; sister, Pam Dixon; and sister-in-law's, Amy Granger and Nancy Granger. Friends and family are encouraged to support Michaels's family by sharing memories on his Tribute Page at www.PrayFuneral.com. Memorial service will take place in the Spring of 2022. Memorial contributions are suggested to Eaton Community Palliative Care and to The Capital Area Humane Society. The family is in the care of Pray Funeral Home.

Michael McKeon, 65, of Bellevue, was a master carpenter. He was born to Joseph and Marie (Anderson) McKeon on October 28, 1956. In 1993 he married the love of his life, Lynn Granger. As a Construction Superintendent for Clark Construction he... View Obituary & Service Information

The family of Michael Patrick McKeon created this Life Tributes page to make it easy to share your memories.

Michael McKeon, 65, of Bellevue, was a master carpenter. He was...

Send flowers to the McKeon family.